Skip to content
Posted on 15th Aug 2019 by talkaboutitfridaypodcast

I Will Find You, a tale of mystery and intrigue which starts in wartime Fenland near Ely and then moves halfway across the globe to Australia. John Taylor’s story is colourful, poignant and moving as it charts the journey of young Robbie Spalding and his path from a Dr. Barnardos Home in Cambridge to a new life on the other side of the world.

Robbie becomes Nick Thorne and this account of his arrival into adulthood is more than a little tragic and filled with unexpected twists and turns.

Touching, funny, sad and filled with drama, I will find you is an authentic and pacey read, gripping and compelling, and will certainly keep the readers’ attention until the last page is turned.

Expect to shed a tear for the casualties of war.

The interview was a deep subject about orphans and the way they get treated, but I cannot say to much because I wouldn’t want to give off the wrong information so that is why I would recommend listening to the full podcast episodewhere we talk about this subject.

WHO IS JOHN TAYLOR? 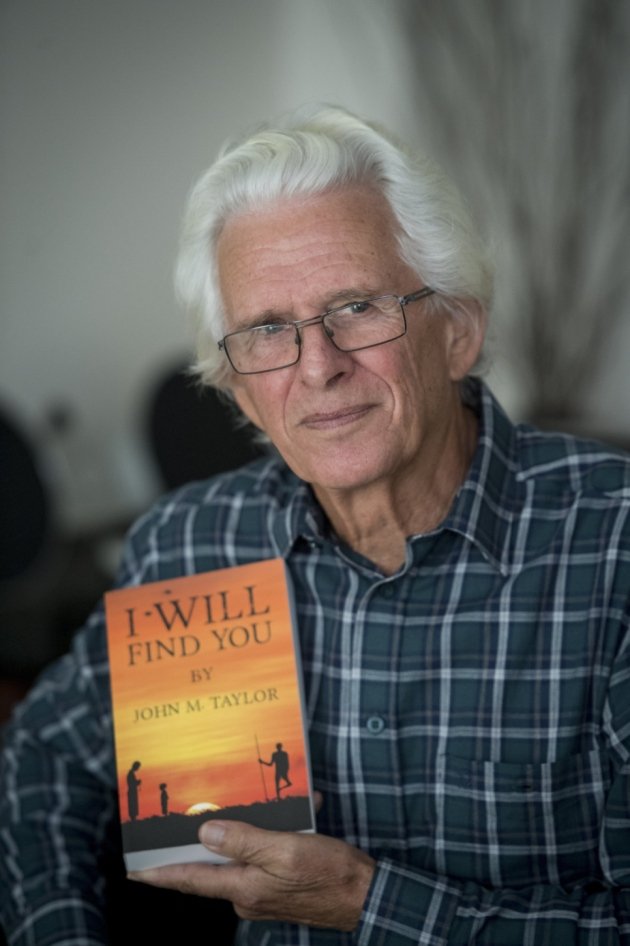 Born in Ely (1944) dragged up in Littleport with two sisters. Difficult times as a child. A defining moment aged 9, I looked around and thought “there must be something better.” A major daydreamer at school, I wanted adventure and found it in Scouting to become a Queens Scout.

Later apprenticed as a design draughtsman, after 2 years of being qualified I decided it was not for me, could not earn enough and no great stimulation. Hobbies, fishing, rally driving, rock climbing and mountaineering. Went into sales with a US Multinational Co., life got much better, salary, commission and a car. Realised it was a numbers game and saw more customers than anyone else, became the top salesman in the UK and Europe.

Was noticed and climbed through the ranks, asked to assist other group companies into profit through increased income. Lived in Switzerland, South Africa, Saudi Arabia, Australia, New Zealand and Papua New Guinea, worked in 20 countries. Became Managing Director of PNG and NZ Co’s, retired at 54, (the first time). Later became a business consultant and then a Director of a Telecommunications company in Sydney, later owned and ran a restaurant. Married to my sweetheart Elisabeth 46 years, we met in Amsterdam.

Started writing training and instruction manuals while formally employed. In Australia I wrote magazine articles and a regular news paper piece about fishing, was also a regular on local radio. Loved the Outback. As an exercise to learn Microsoft Word I wrote verses about growing up in The Fens of East Anglia immediately after WW2, I was persuaded to send them to a publisher, “Raising Fen Tigers” was the result. This success, the storeys of people I met motivated me to write “I Will Find You.” (See magazine article already provided). I currently live in Folkestone, have dual UK/Australian citizenship and intend to return to Aus. to live permanently. Book Publishing Store: I Will Find You YouTube: Author John Taylor Amazon Book: I will Find You If you have a story to share then please head over to our website at Talk about it Friday

View all posts by talkaboutitfridaypodcast